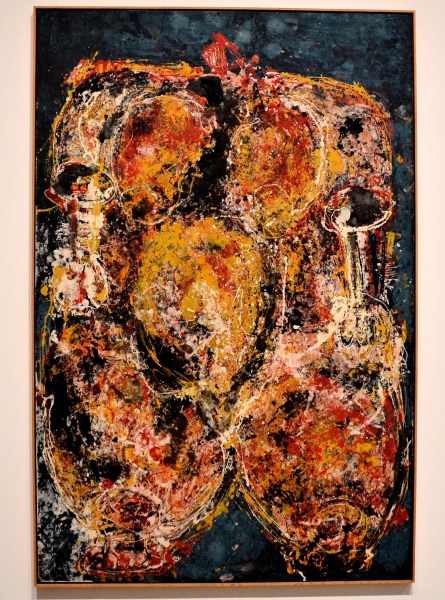 The Tate Modern (website) occupies a huge building on London’s South Bank amongst a cluster of other venues, including the Globe Theatre.  It’s contents can be classified generally as modern art but does include some items of past political and ideological interest.

I was disappointed at the absence of poster, record cover and street art but there is a breadth of other items and probably something to suit most tastes.  I’ve tried to include a broad mix of items that I like and those that I do not.  Taste is a very personal choice and, I think, not a matter for value judgements (they thought so too and wouldn’t let me take my angle-grinder in  🙂 ).

The venue is free to enter and photography is permitted except in some of the exhibitions.  Further up river is the Tate Britain with a mix of classical paintings and some modern art sculpture. 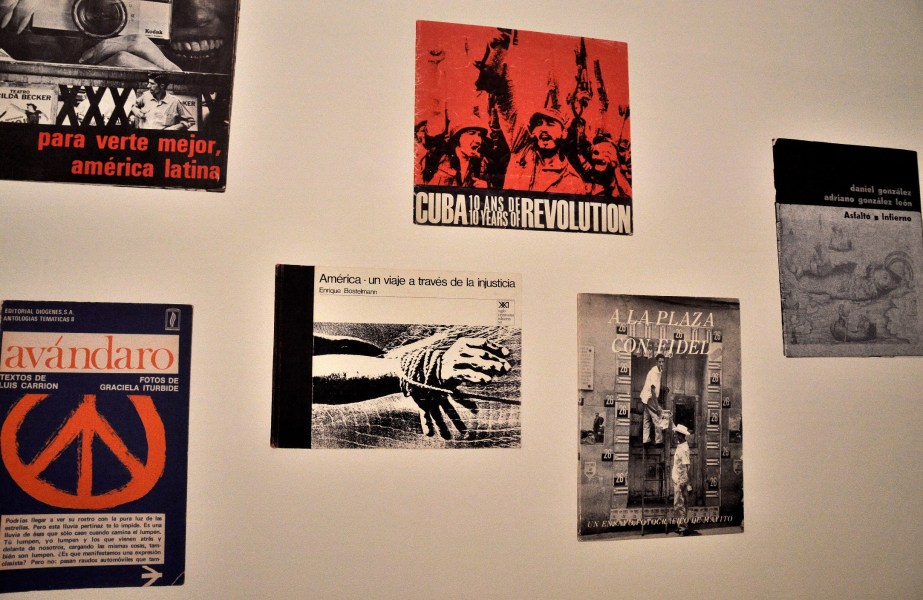 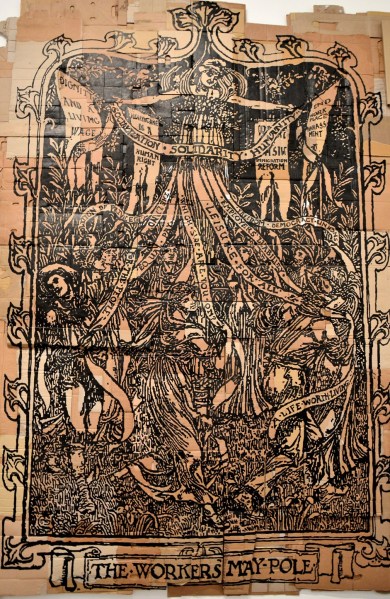 For a closer view, click on the image and then again to magnify.

This is half of an installation in progress.  The other half is the same but faces the other way with a platform in between and will be “A live art game for children and adults”.

I did find that many of the larger works were better viewed at a distance and hence very effective when seen in the smaller scale of a photograph. 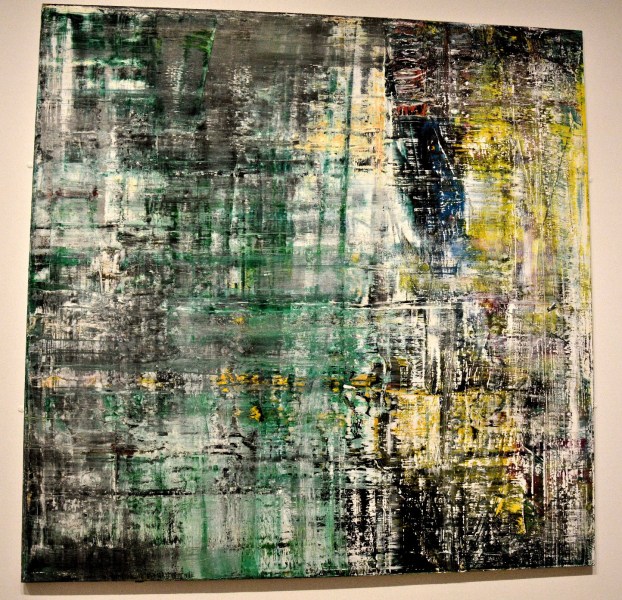 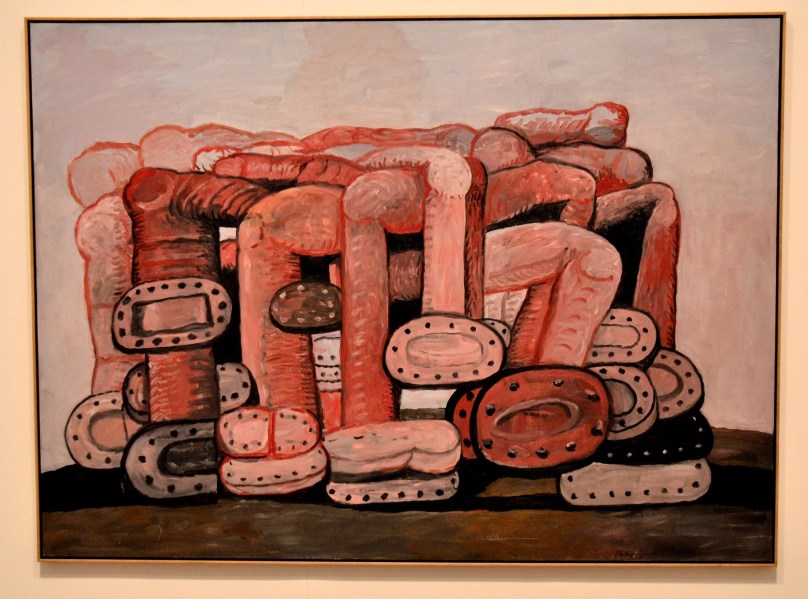 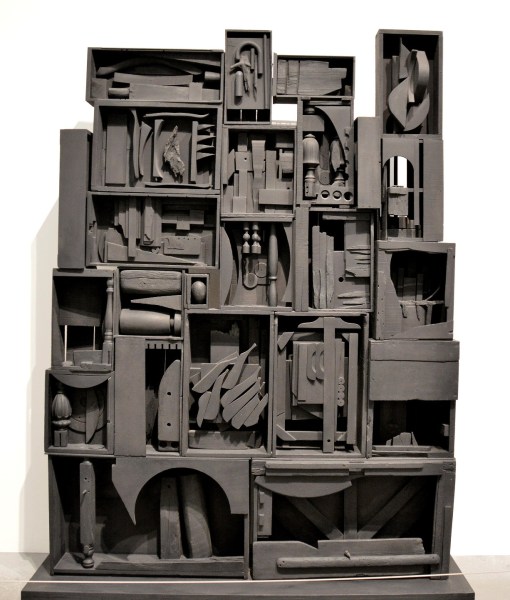 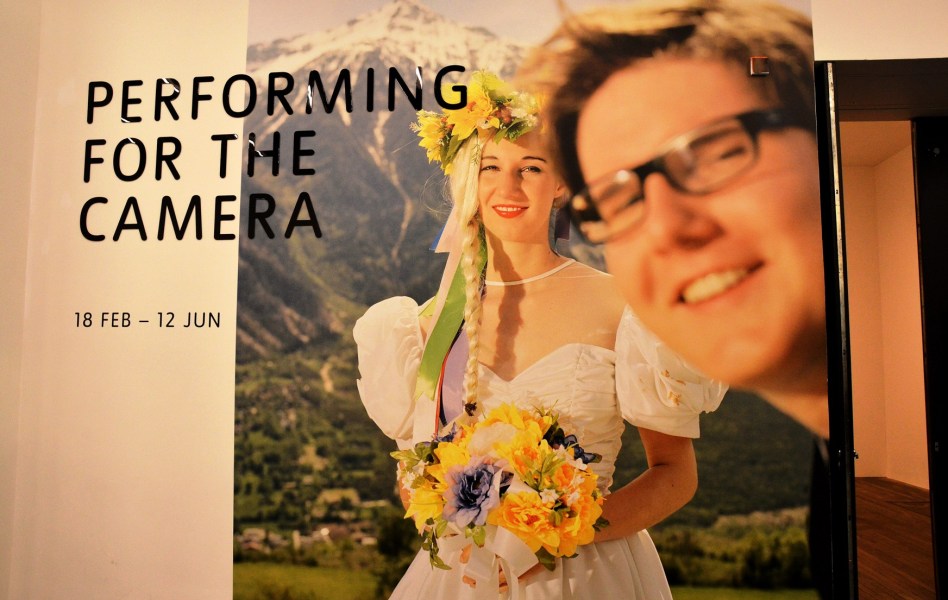 I’ve included this as an example of post-modern existentialist irony.  That is, there is a sign outside the exhibition room that says “NO PHOTOGRAPHY” and me with no angle-grinder.  Some people have no sense of humour.

20 pics.  The Tate Britain contains a wide range of artwork ranging from the classical to modern. It includes the Lady of Shalott by John William Waterhouse, which was inspired by the poem of Alfred Lord Tennyson (here ⇒) and worth reading.  The Tate Britain’s Website ⇒

I’ve introduced a little enhancement to compensate for the loss of colour/detail over time, but not so much as to lose the sense of age.   More advanced digital restoration of these pictures and a few more from other galleries can be found at In All Their Glory ⇒ . 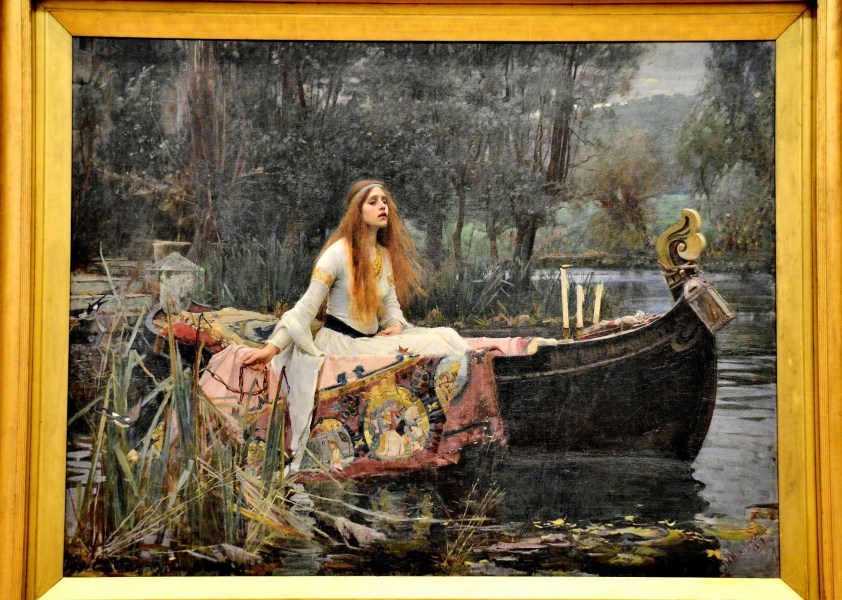 There are several works by the Pre-Raphaelite Brotherhood ⇒ which I particularly like for there vibrancy and detail which requires a patience born of dedication. 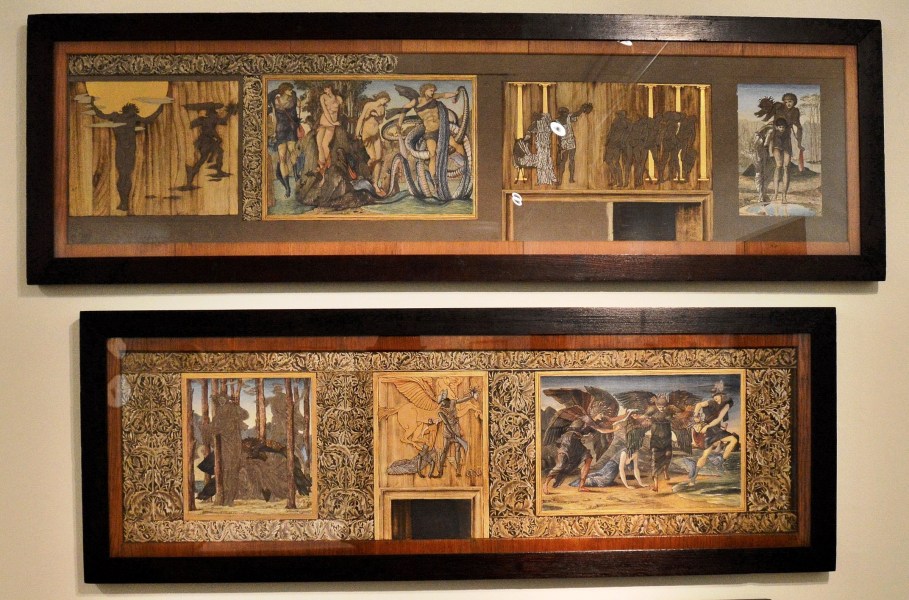 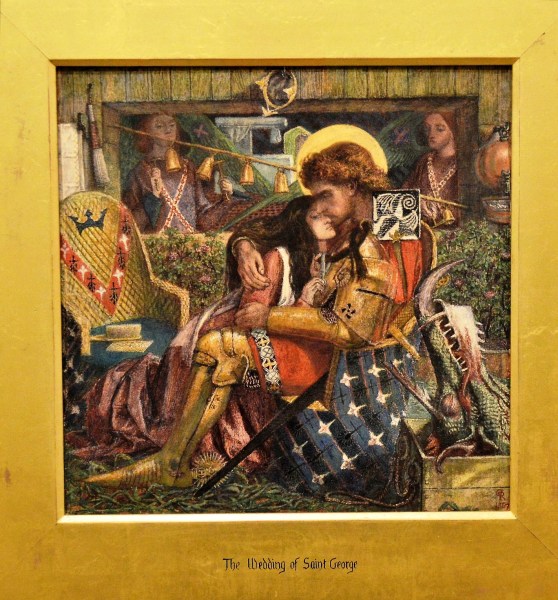 The Wedding of St George and Princess Sabra by Rossetti 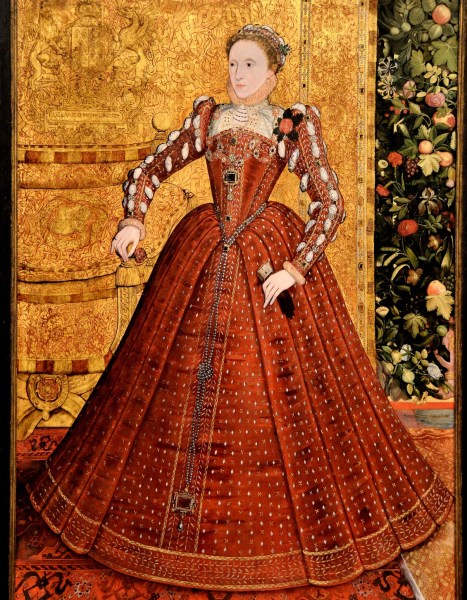 Elizabeth I by Steven van Herwijck

There are more paintings of Elizabeth I, together with their subtle meanings, at Hatfield House.

The Tate includes an entire wing dedicated to Turner. Here are just a few. 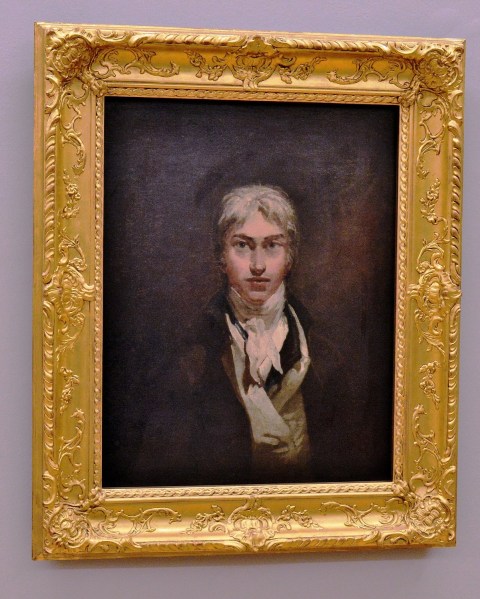 The Decline of the Carthage by Turner

And, a good many items of classical appearance. 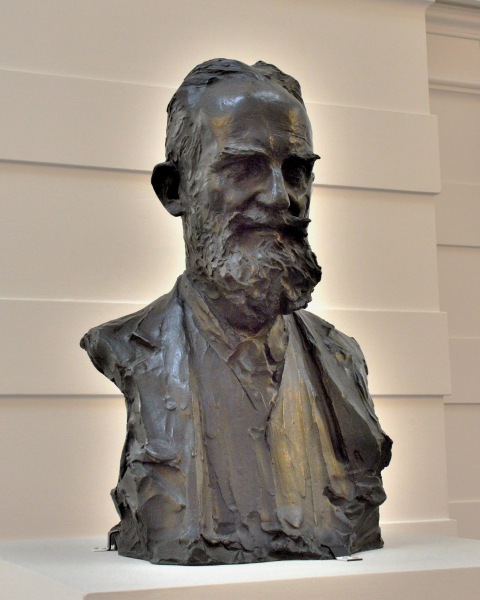 “What do you think of all this modern art then”. “Don’t ask me, I prefer heavy-metal, although I suppose Cranach the Elder wasn’t bad”.

“Some days one wonders if it’s worth getting out of bed”. 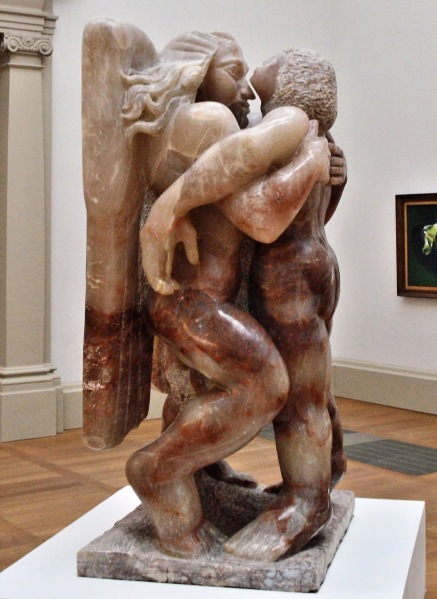 “Last time I take you down the pub”. 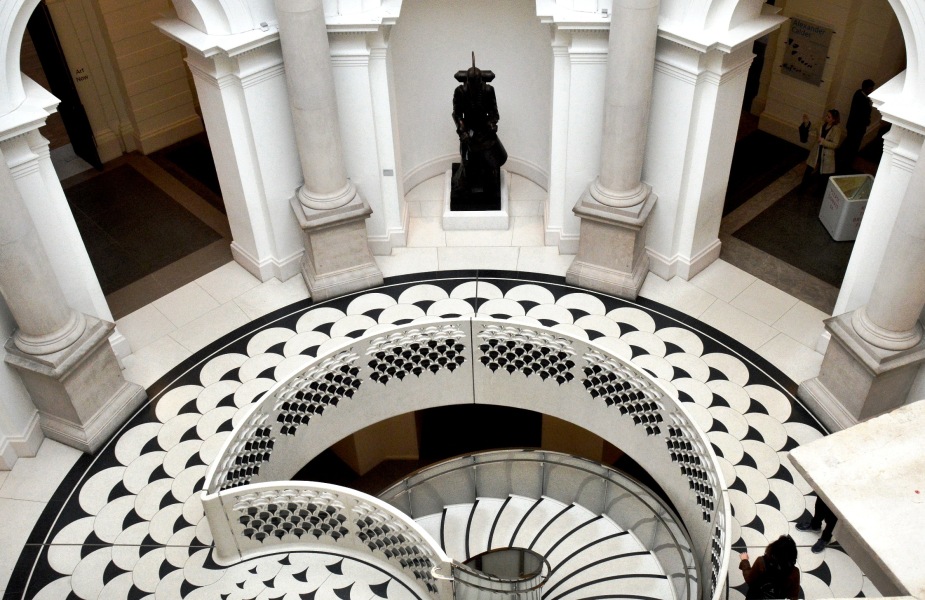 And the dark shape just below is ~. 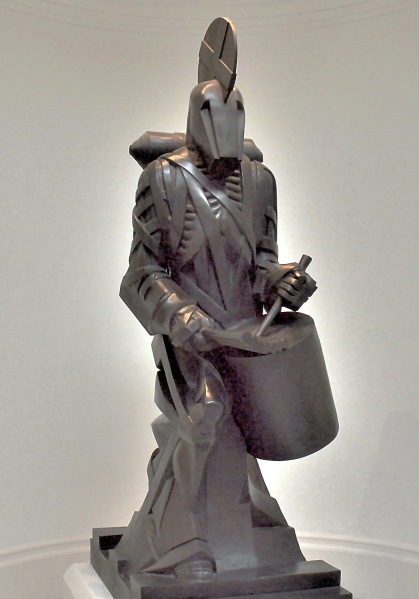 Thank you for coming and a drum roll for our next visit.