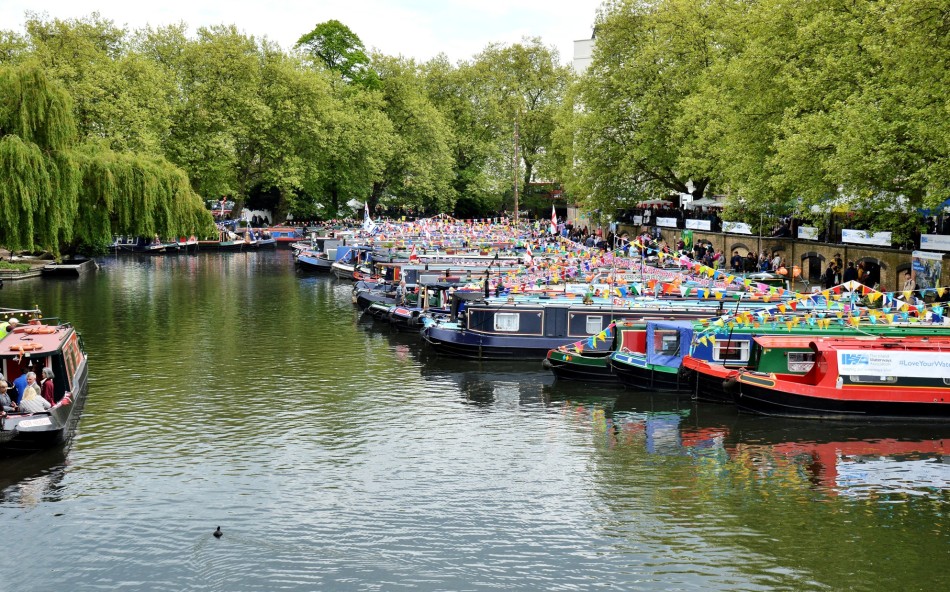 There is a pool at the junction of the Regents Canal and Grand Union Canal that is now known as Little Venice.  Every year there is a Festival and Cavalcade of canal boats.  Some have traveled hundreds of miles using the vast network of canals that were once the lifeblood of Britain’s trade and industry.

There is a pleasant waterbus ⇐ between Camden Lock and Little Venice. At Little Venice there is a floating café and an enchanting puppet theatre ⇒ for all ages. 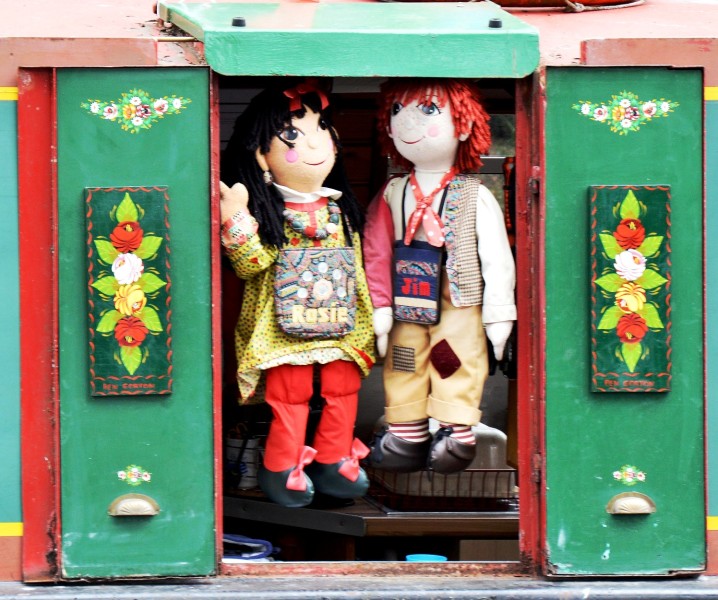 A Small Sample of the Cavalcade 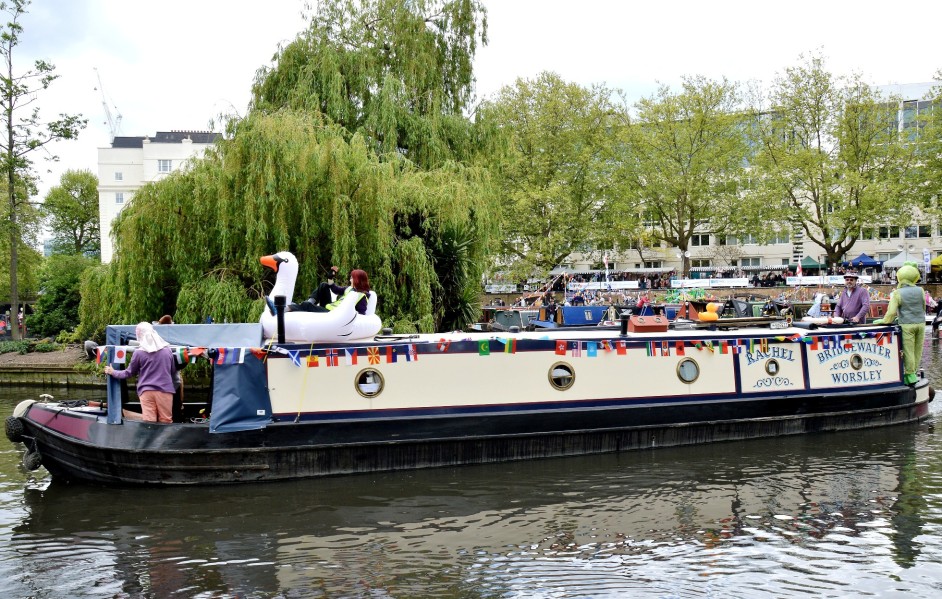 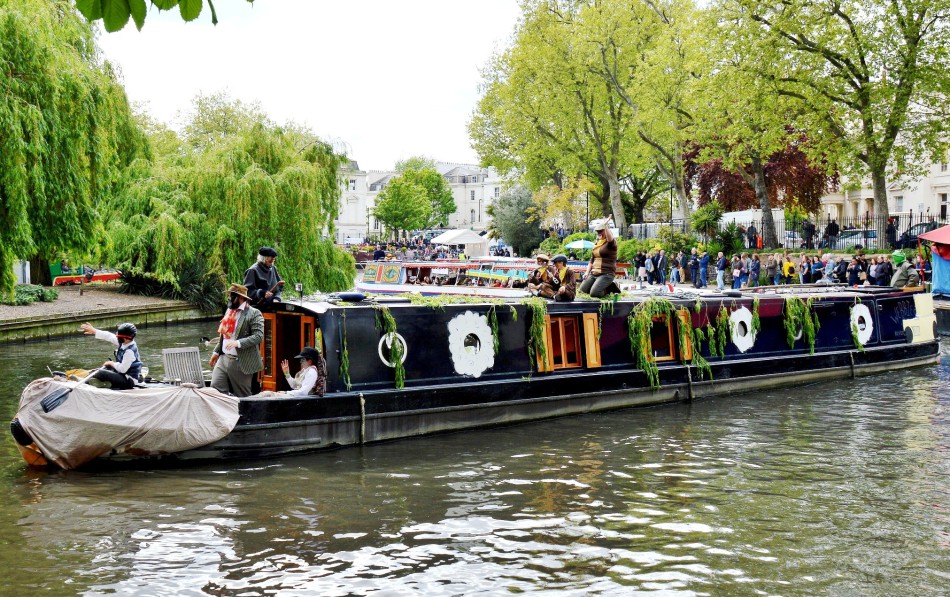 Some of the Characters 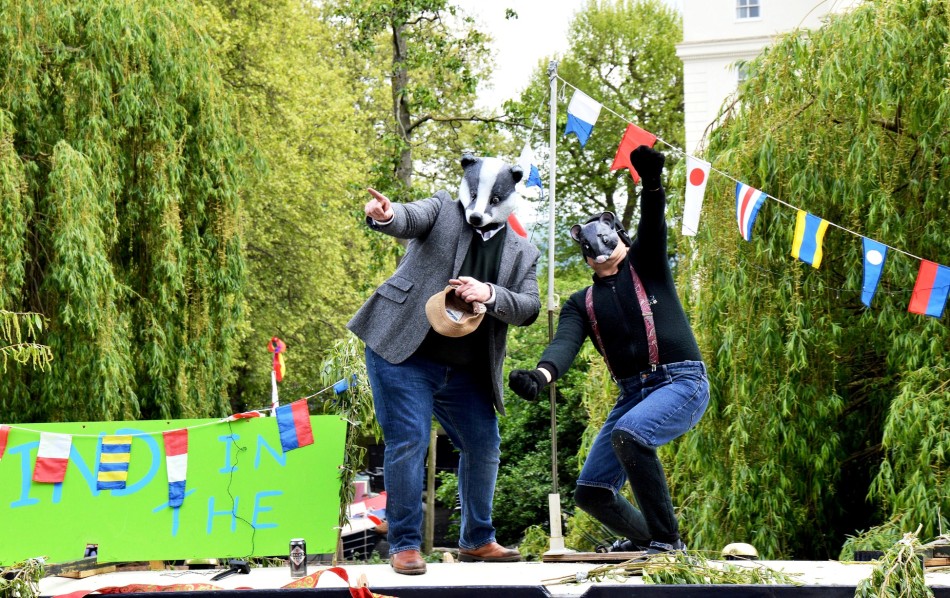 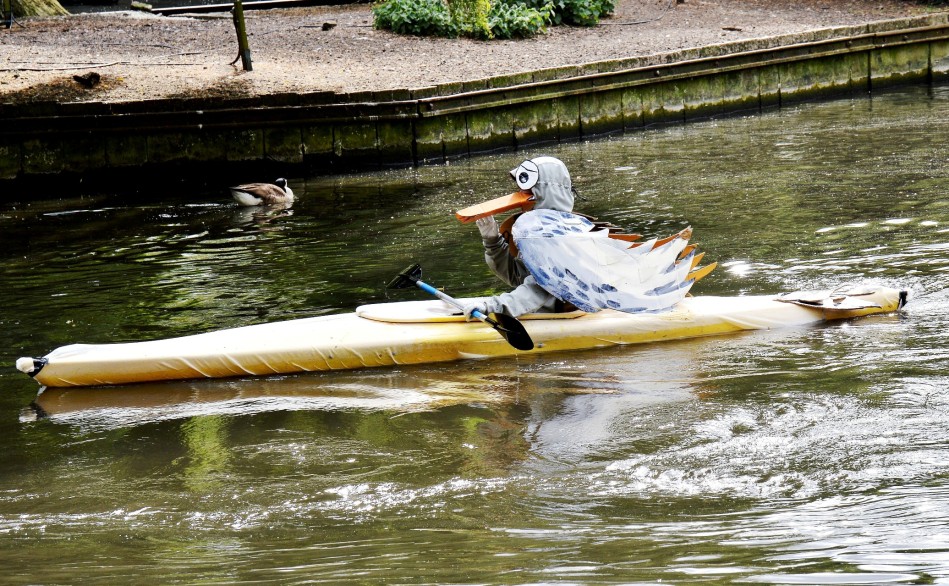 “One likes to be a good sport, but if one more reveler refers to me as loofah neck I shall scream”.

This entry was posted on May 3, 2017 by Graham in Hats. It was filed under Free, fun, Photography, places to photograph in london, Places to Visit, Travel, uk, West London and was tagged with canal boats, grand union canal, little venice, maida vale, paddington basin, regents canal.