St Augustine’s, One Tree Hill and the Oak of Honor 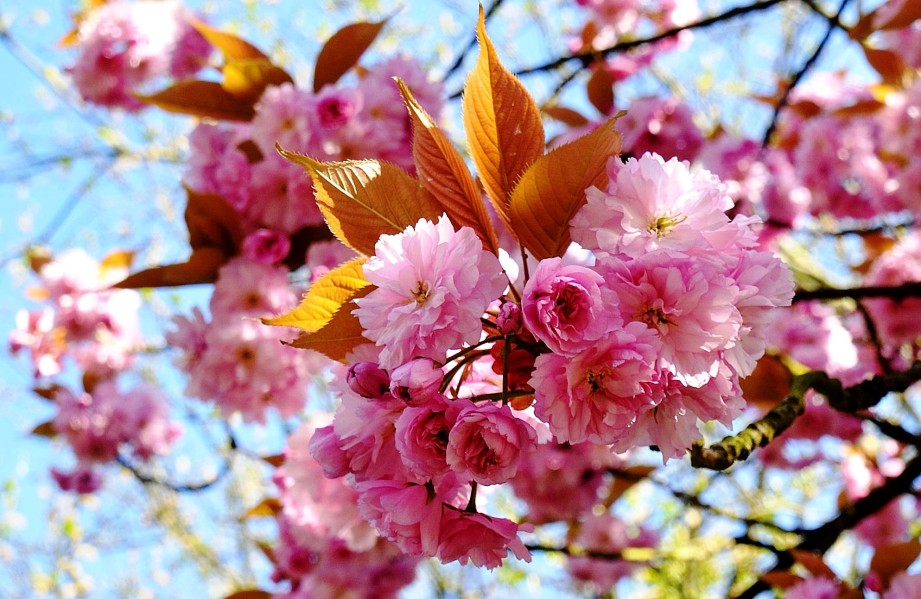 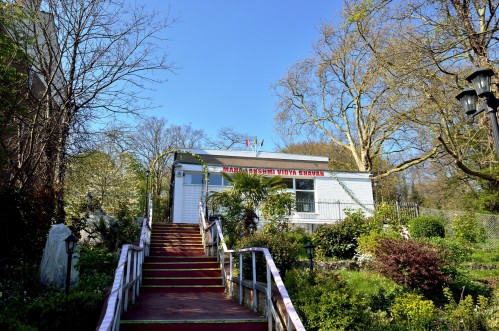 One Tree Hill is named after the Oak of Honor ⇒ and is a small nature reserve with St Augustine’s Church, the oak and a fine view across London.

The easiest way to get to One Tree hill and St Augustine’s is by the P12 bus from Honor Oak Park rail station to the top of the hill by road.  There is a path on the opposite side of the road which passes the Maha Lakshmi Vidya Bhavan.

There is an alternative route via Peckham Rye Park and Nunhead Cemtery here ⇐.

The path leads first to :-

The church was built between 1870 and 1900 and has some fine architecture and stained glass.  It is open in the afternoon during the summer months and is always open on a Saturday morning.  More ⇒.  Please check the website for services and events before you visit. 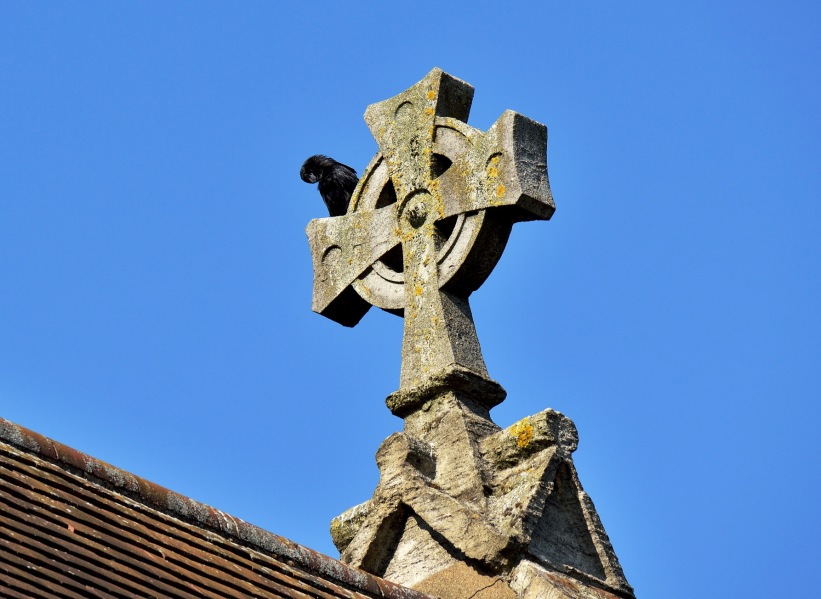 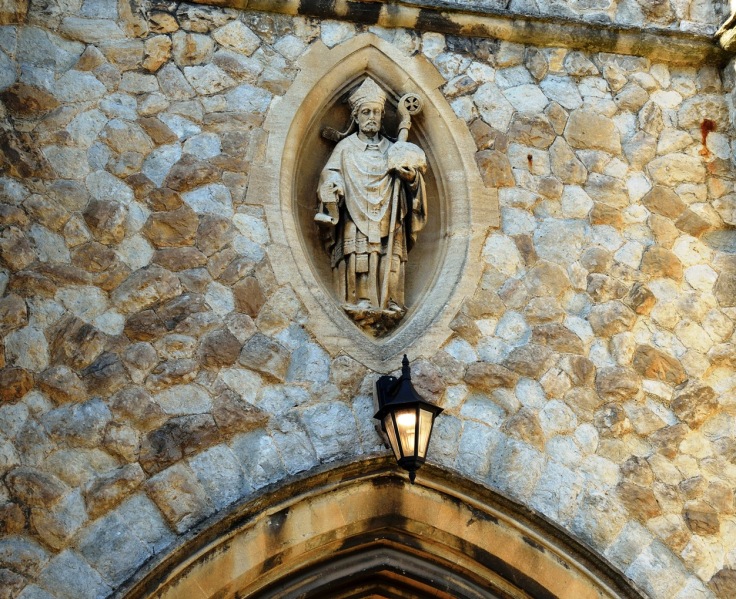 St Augustine ⇒ (354 AD to 430 AD) was an early Christian theologian and philosopher. 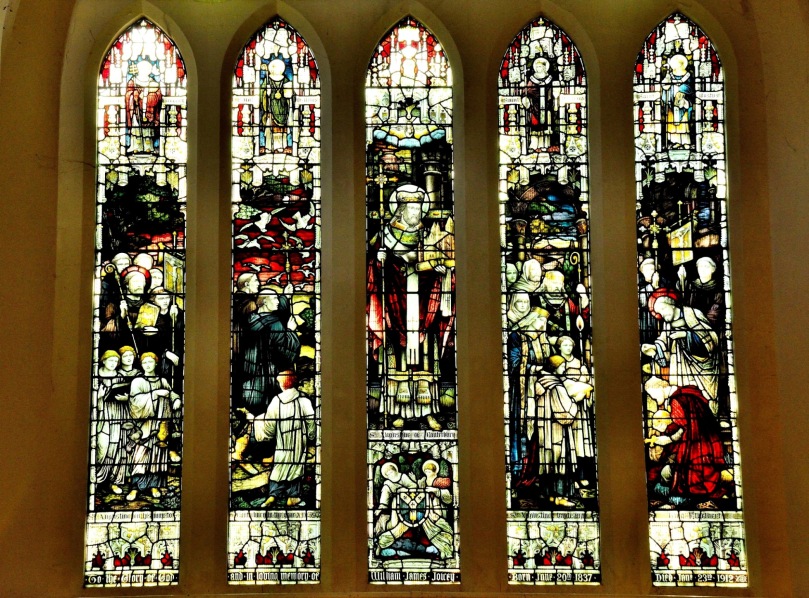 These walls aren’t really speckled.  The effect is the consequence of an unusual mix of ambient light and a high ISO camera setting necessary for the dark alcove without flash.  I thought it was a pleasing effect so I left it in. 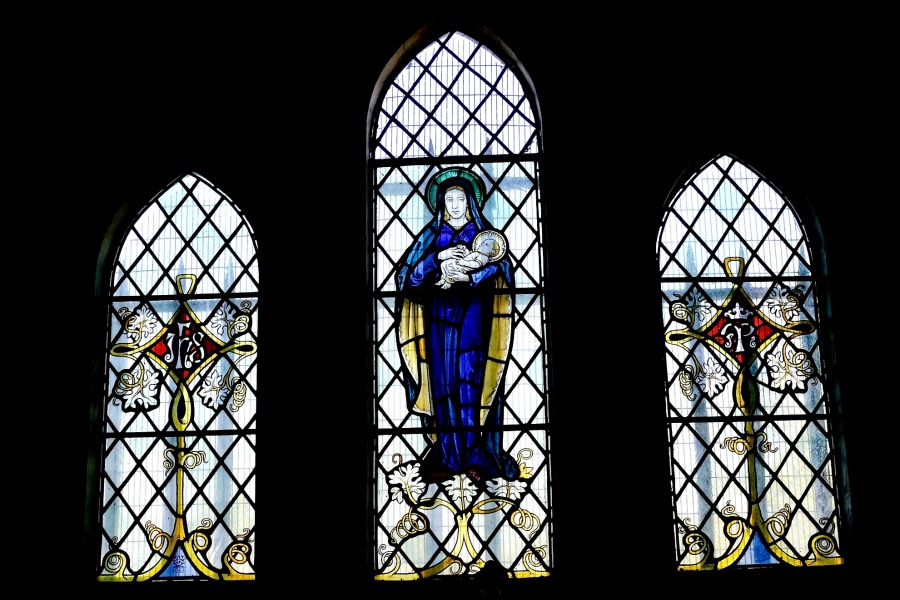 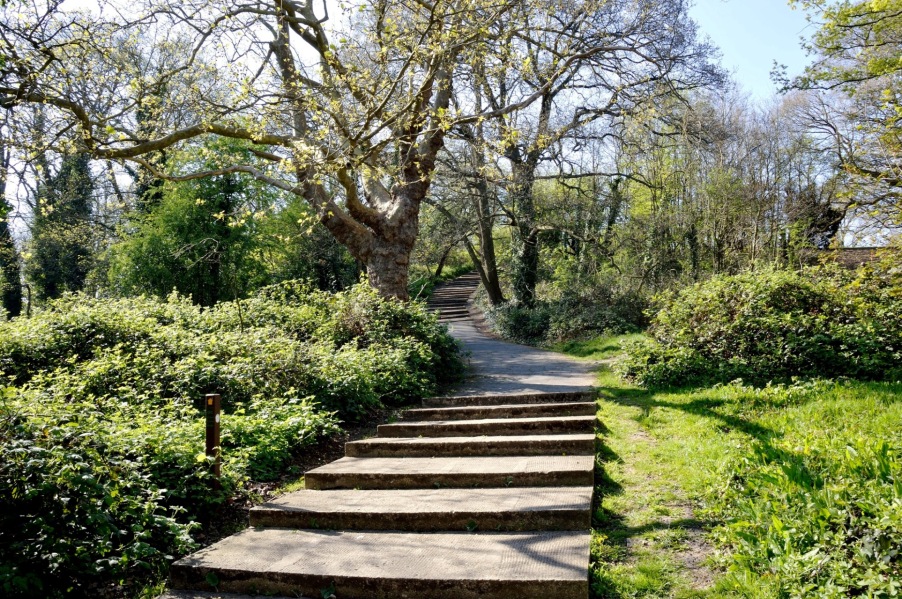 On retracing one’s footsteps there is a set of steps leading to the top of the hill and the Oak of Honor.

If you think I’m climbing up there just to get a few photographs, then you must be ~ 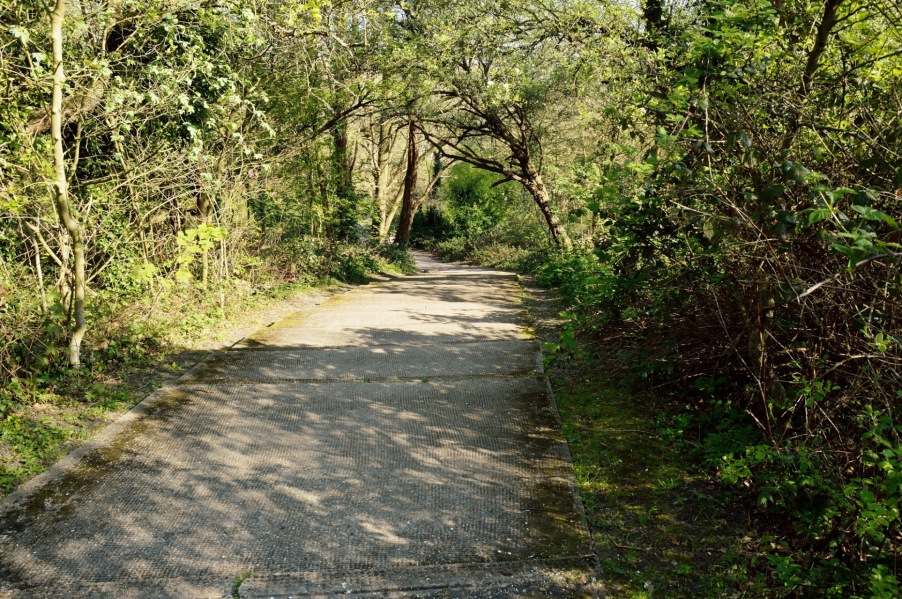 Pesky elves. I wish they wouldn’t do that.

The Oak of Honor 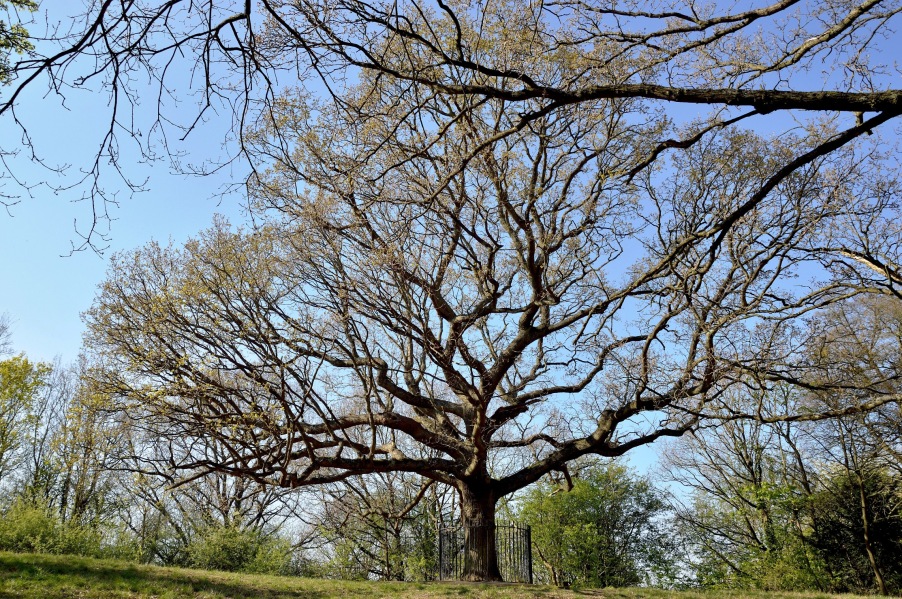 This Oak of Honor ⇒ was planted in 1905 and is the third on that site.  The original oak marked the southern boundary of a region known as the Norman Honor of Gloucester ⇒ which began its existence in 1166.

Legend has it that Queen Elizabeth I took rest under an oak on the hill when she went a-maying in 1602.  Alternatively she had a picnic with Sir Richard Bulkeley on 1st of May. A-maying could have a variety of meanings including being quite frolicsome. 🙂

As an aside: The spelling of Honor, rather than the usual English spelling of Honour, derives from the antiquity of the place.  Early English favored “or” rather than “our” for many words.  These earlier spelling were transported to the Americas and remain in use.  England seems to have developed and favoured the alternatives due to a continued influx of languages.

Near to the oak is a fine view across London from One Tree Hill’s southern position.

The oak and view are at position 1 on the map.  To enlarge the map please click on and then gain to magnify.

The park proceeds down the far side of the hill to Brenchley Gardens where one can board the P12 bus again.  The bus can be used to go back to Honor Oak Park rail station (traveling West and then back up the hill) or the other way to Nunhead Cemetery or Peckham Rye Park (later posts). 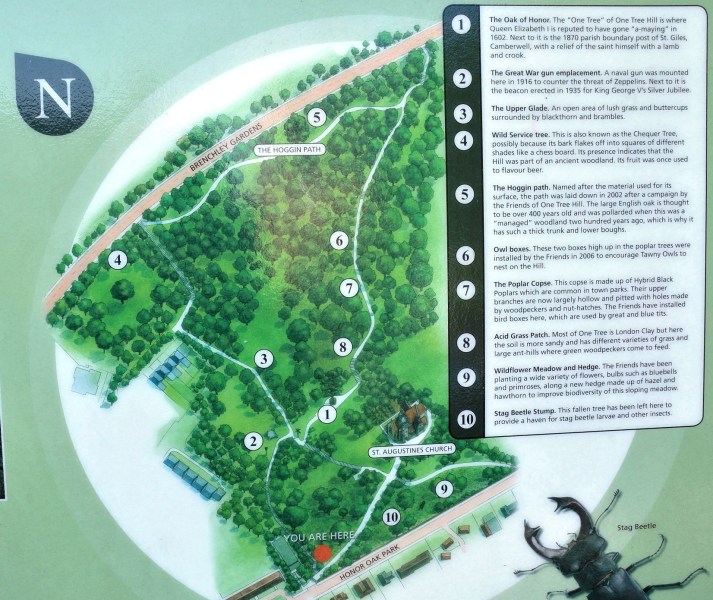 Thank you for visiting and I hope you enjoyed the tour.