The Queen’s House Interior at Greenwich 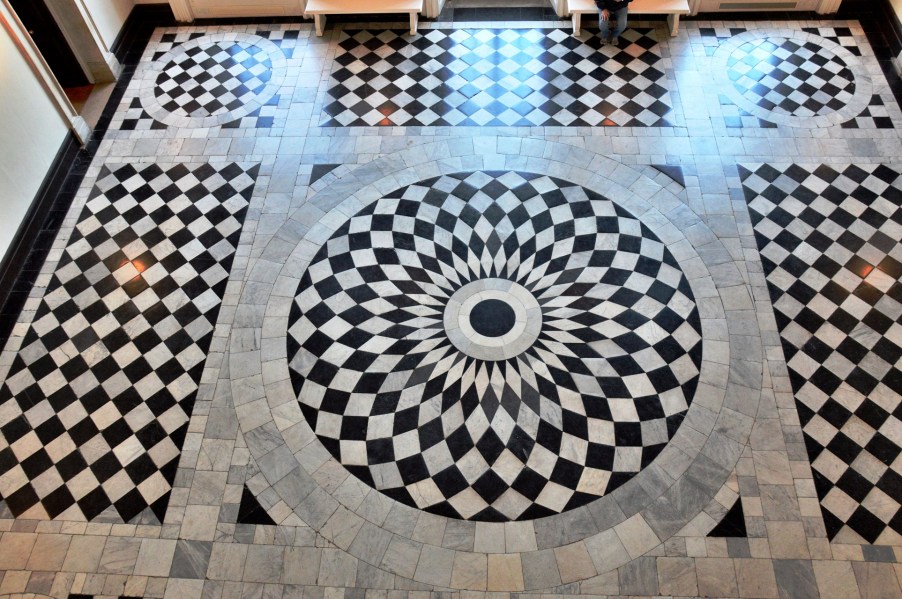 14 pictures. The house has been refurbished and is free to visit.  It can be found adjacent to the National Maritime Museum⇐ in Wonderful Greenwich ⇐.  Check the Queen’s House opening times ⇒.  Non-commercial photography is allowed now (since early 2016). .

The house, formerly known as Queen Anne’s house, was built between 1616 and 1635 for Queen Anne (of Denmark) wife of James I of England.  Unfortunately Queen Anne died in 1619 and the house lay abandoned until work restarted in 1629 for Charles I’s consort, Henrietta Maria.

The Queens House is now full of artwork including works by William Hodges, George Stubbs, Hans Holbein, William Hogarth, Thomas Gainsborough, the Tulip Staircase by Inigo Jones and one of the famous Elizabeth I Armada portraits.

The architect was Inigo Jones and the style is said to have influenced the architecture of the USA White House. 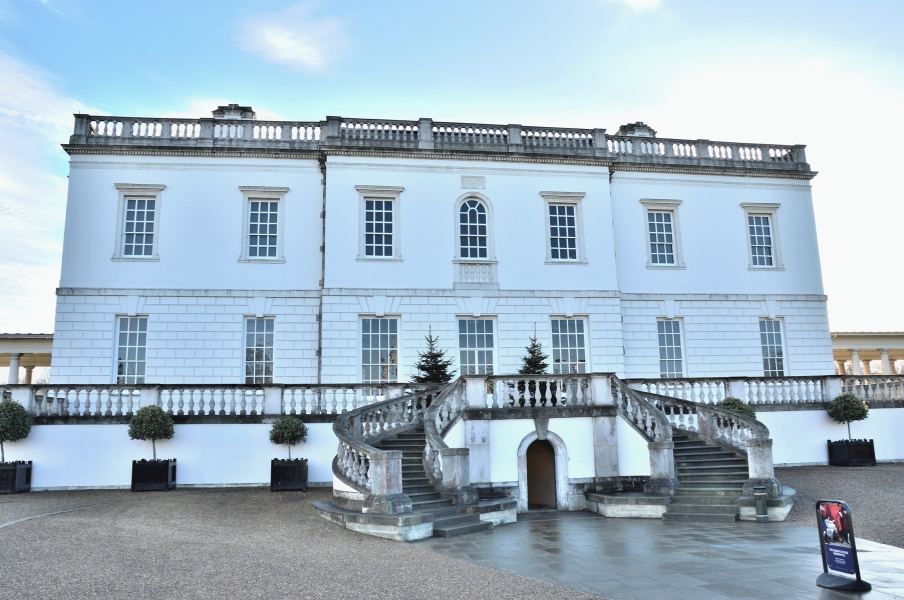 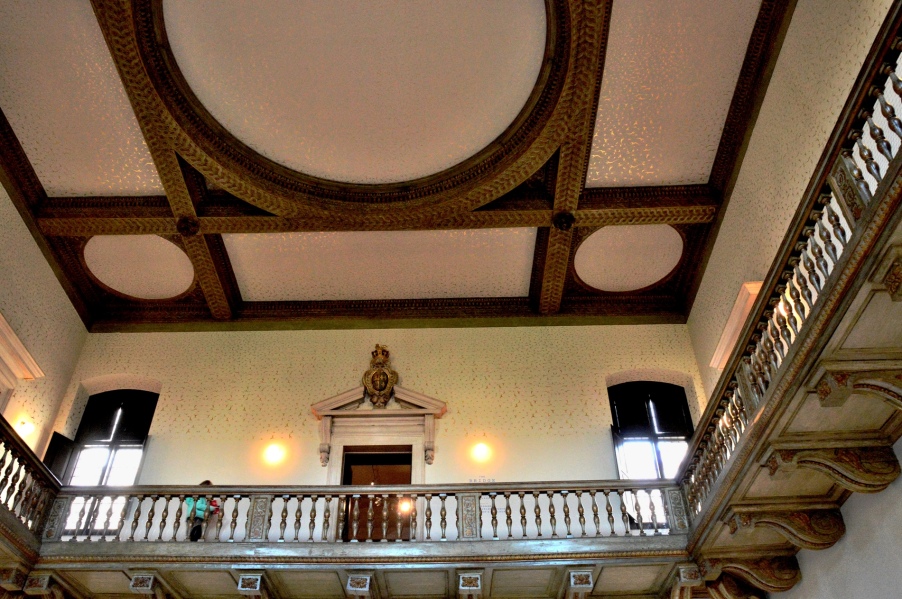 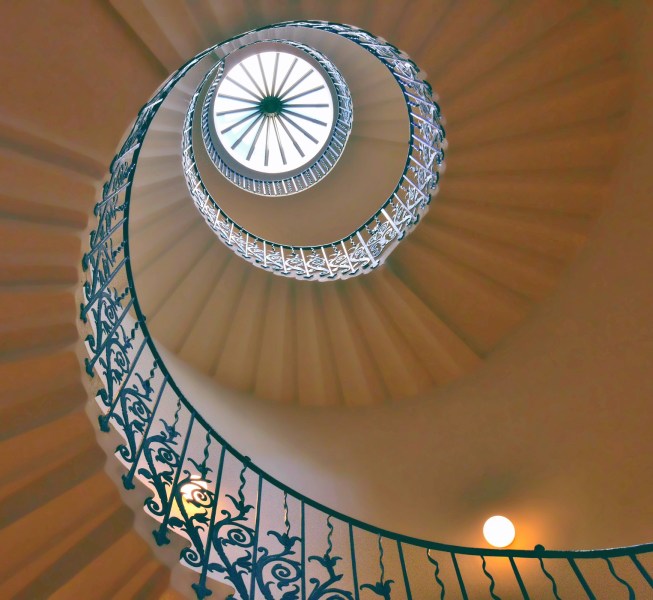 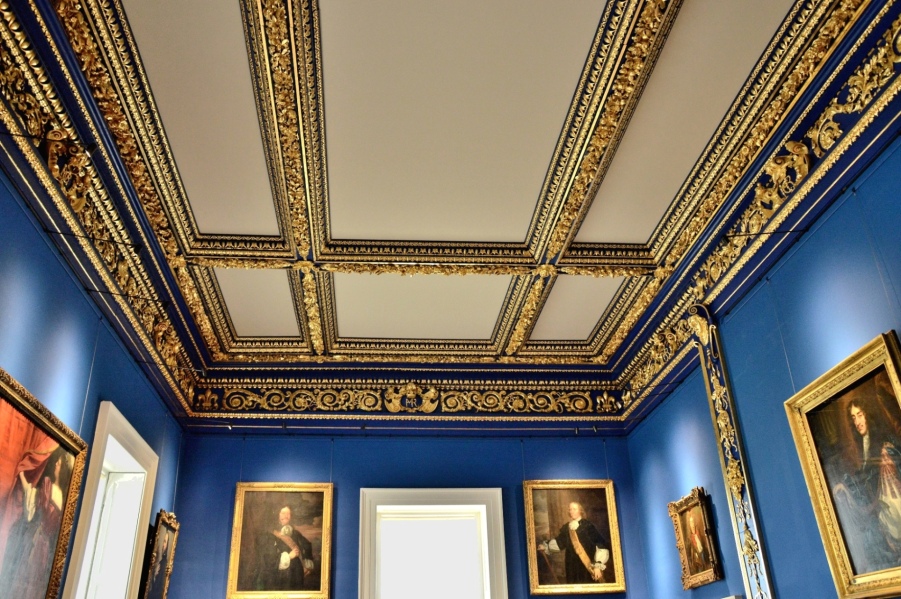 This is just a small sample. 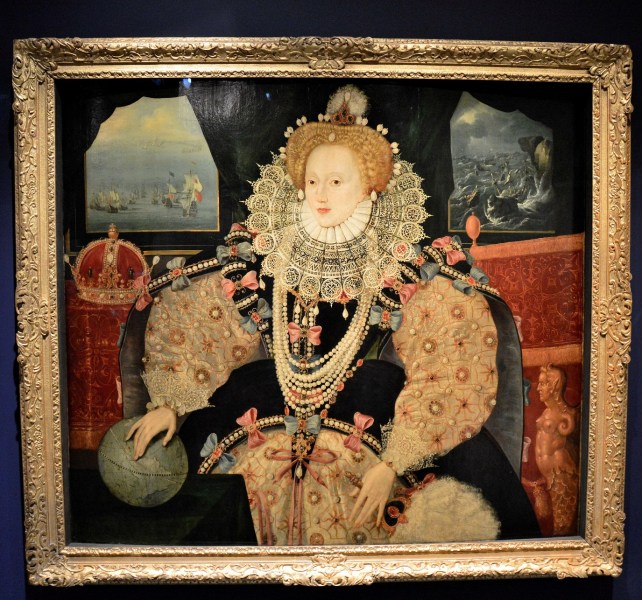 One of the three famous Elizabeth I Armada portraits that still exist.  This one cost £1.5 million.  There is another at Woburn Abbey and another at the National Portrait Gallery ⇐  (although I did not include the Armada Portrait) .

The Armada Portraits depict the destruction of the Spanish Armada whilst attempting to invade England.  The armada was destroyed mostly by the British weather.  Like many portraits of Elizabeth there are several symbols included.  For instance the pearls indicate purity, the bow indicates virginity and her right hand over the America’s indicate her advancing dominion and colonisation.

Other portraits of Elizabeth I can be found at Hatfield House ⇐ and show an even more advanced use of symbolism. 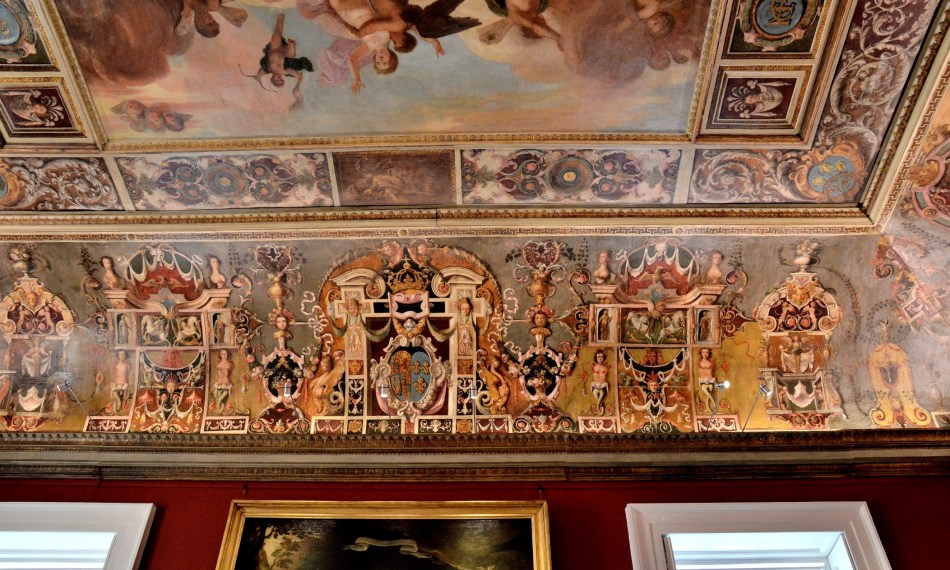 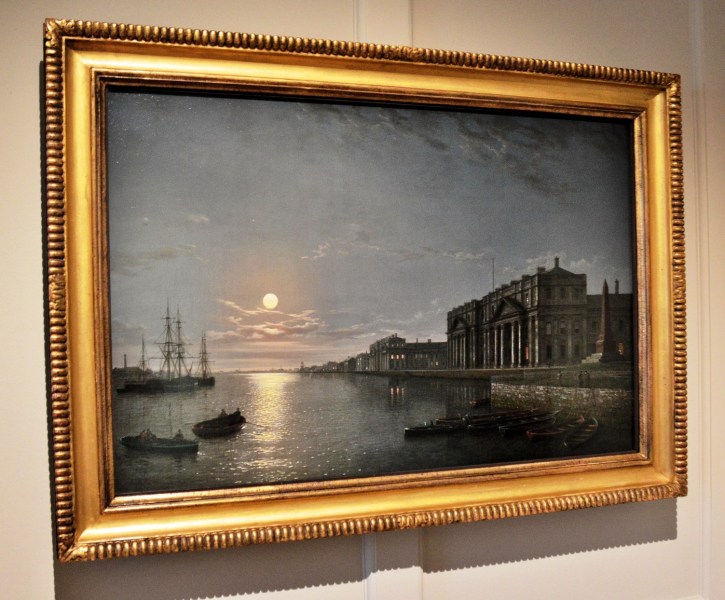 The Thames and Greenwich Hospital by Moonlight by Henry Pether 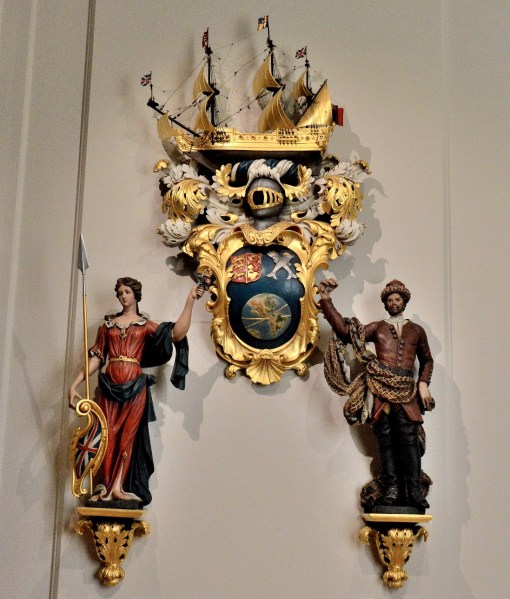 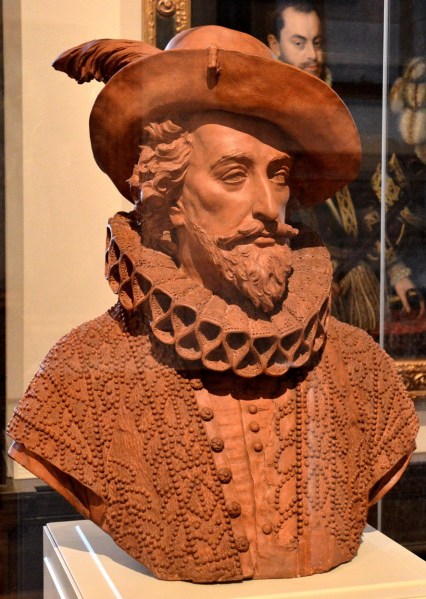 Sir Walt founded the state of Virginia in the Americas (after Elizabeth I the virgin Queen) and brought potatoes and tobacco to Europe.

This is why the Beatles sang in “I’m so Tired”, in reference to tobacco, ” And curse Sir Walter Raleigh, he was such a stupid git”.

He  secretly married a Gentlewoman of the Queen’s Privy Chamber  (Elizabeth “Bess” Throckmorton) which resulted in he and his wife being imprisoned for several months.  Years later, he was executed for refusing to accept James I as Queen Elizabeth’s successor. 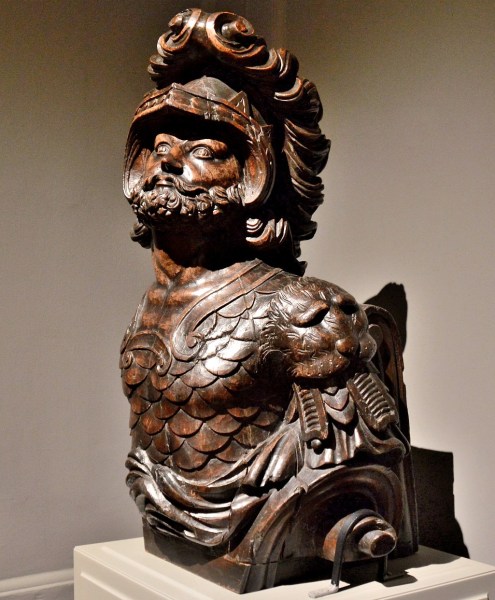 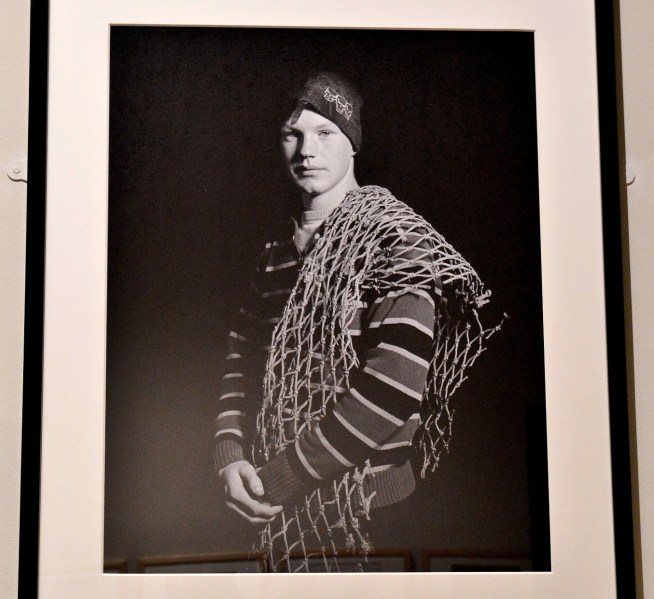 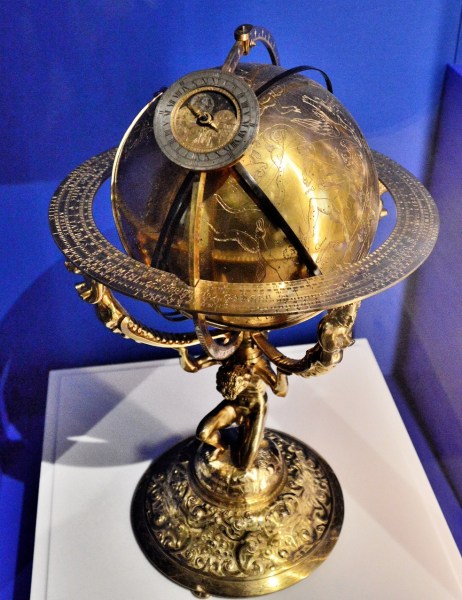 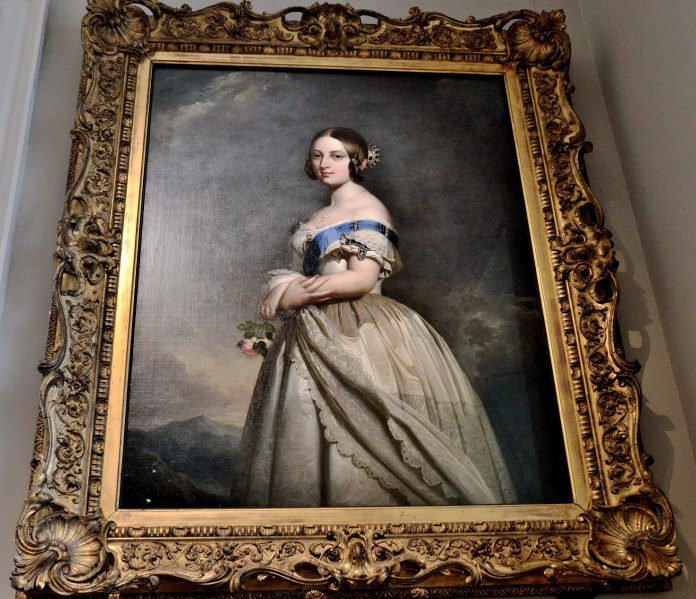 Thanks for your visit and I hope that you found that interesting.

As an added note, the house does have a reputation for being haunted ⇐.  To confess, it was probably me having a sick day.  To be more serious, I found it a very calm place and caused no concern at all.  Even the people, who took the photograph that started the rumour, refused to believe it was ghostly.