The Natural History Museum, the very interesting Science Museum and fabulous Victoria & Albert Museum are all close together and very near South Kensington underground rail station.  All are free to enter, although a small donation is usual, and have picnic areas (a wise choice).

The Architecture and Charles Darwin 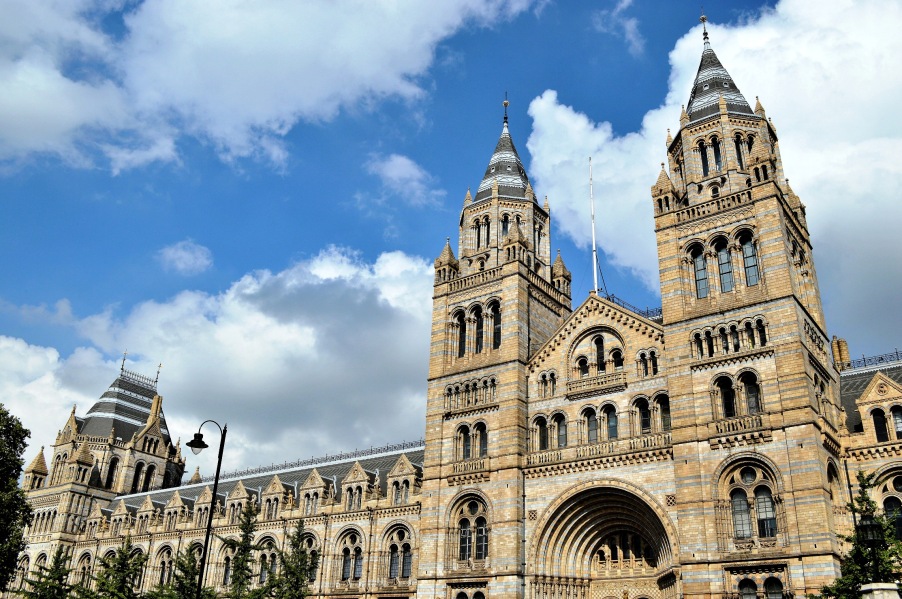 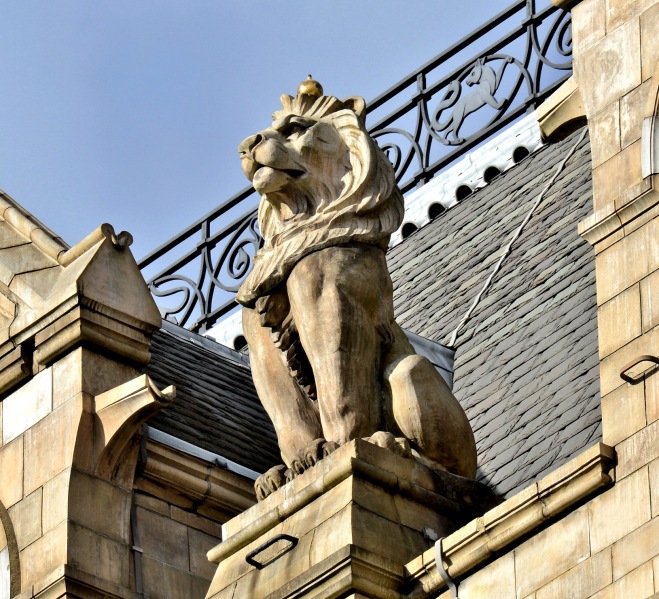 At the main entrance “Dippy” (diplodocus), sometimes a Blue Whale, welcomes visitors with equal aplomb. Dippy likes walks in the park, sushi and going to the theater. Would like to meet similar, must have good sense of humour.

At the side entrance one is greeted by a smaller cousin.  And then ~ 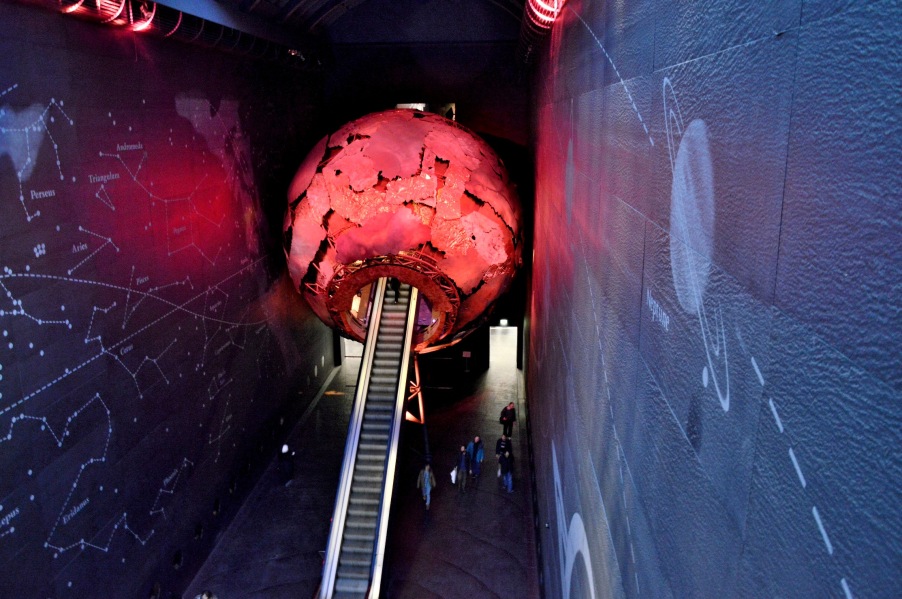 The escalator to hell.  It actually leads to a display of information about the earth’s early years and volcanoes.  Included is a mock min-market that shakes to simulate an earthquake.  It wasn’t working when I was there.  How come they always turn off the dangerous stuff whenever I arrive ? It’s a mystery to me.

Near the elevator, on the ground floor, you can meet one’s ancestral relatives. The top row is the present and then seven rows of one million years each.  Spot anybody that you know ?.  To read the labels, click on the image and then again to magnify.

Unfortunately the dinosaur gallery was closed during my visit, but there were a few on show. 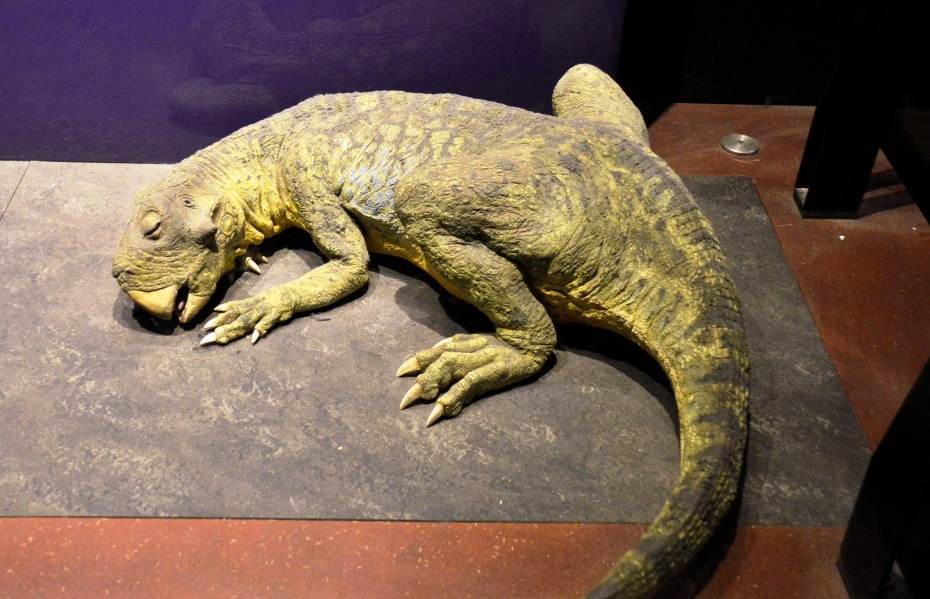 This little tyke is animated.  Noticeably breathing and occasionally moving in his/her sleep.

The Cynognathus was supposedly about the size of a dog.  If that’s true, I wonder if Lord Baskerville knows it’s out.

“My mother always said you were a skinflint, look at me when I’m talking to you and when are you going to fix that shelf and stop calling me beaky”.  “Aaaarg” 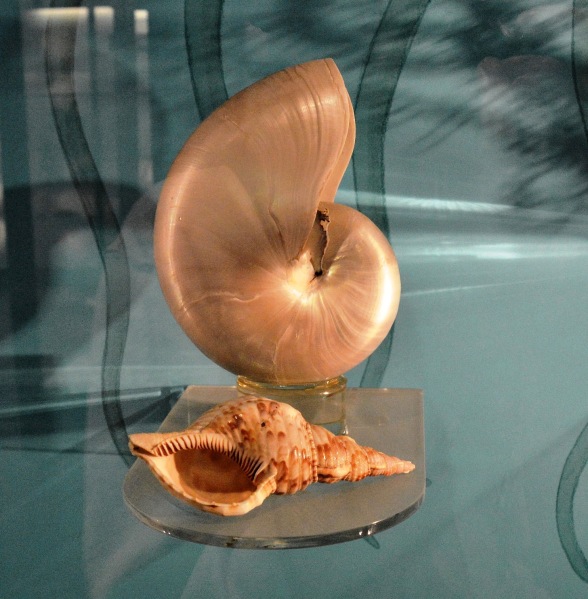 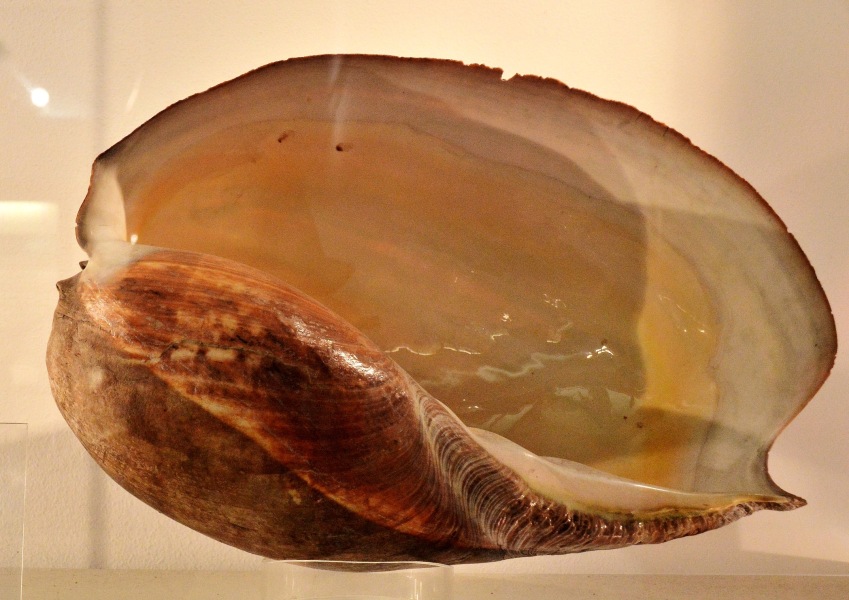 The Baler Shell, so-called because it is very useful for baling out canoes (honest).

There are loads of stuffed animals.  I picked just one.

The Dodo bird, it is reported, became extinct because it was not sufficiently afraid of mankind.  There’s a lesson in that somewhere.

I can take a hint.