All Hallows by the Tower AD 675

All Hallows by the Tower (AD 675) is the oldest church in London and almost the oldest in the UK. Some of its fascinating history can be found on its website here and its wiki history here. Older churches can be found here and the oldest UK church still functioning is St Martin’s (AD 597) near Canterbury.

The image above is of the Toc H Lamp signifying membership of that international charity which was founded by army chaplain Rev Tubby Clayton as a refuge from the fighting in Belgium during WWI.  The Reverend was later vicar of All Hallows from 1922 to 1962. 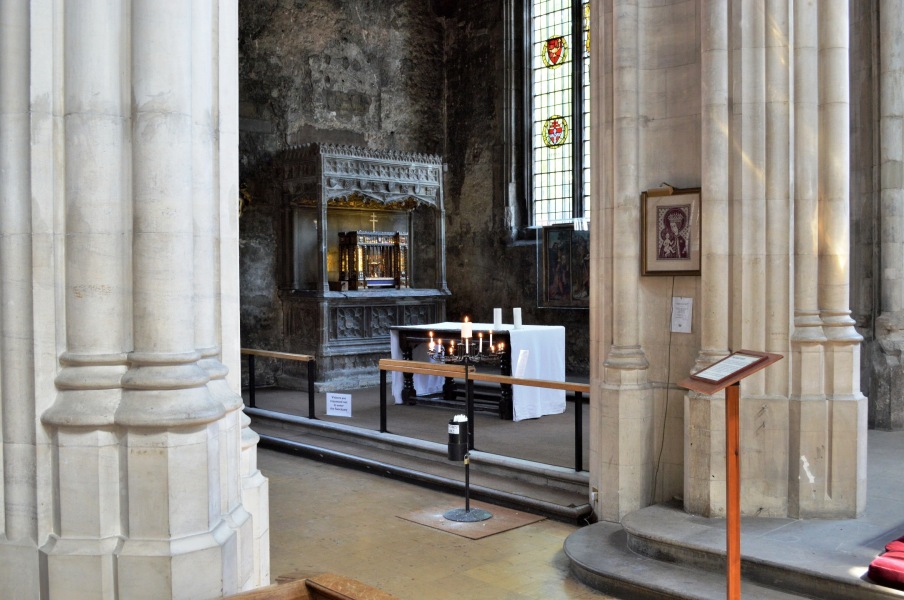 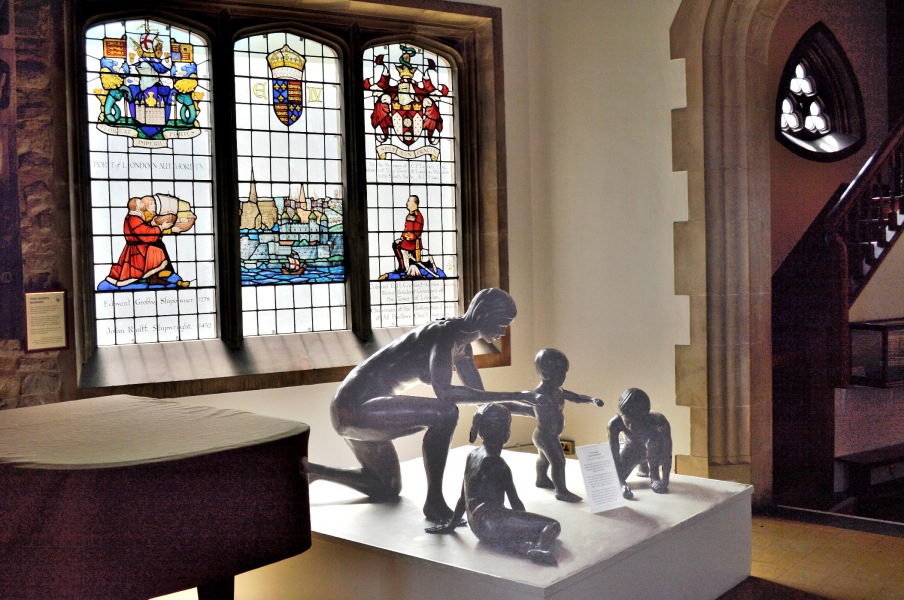 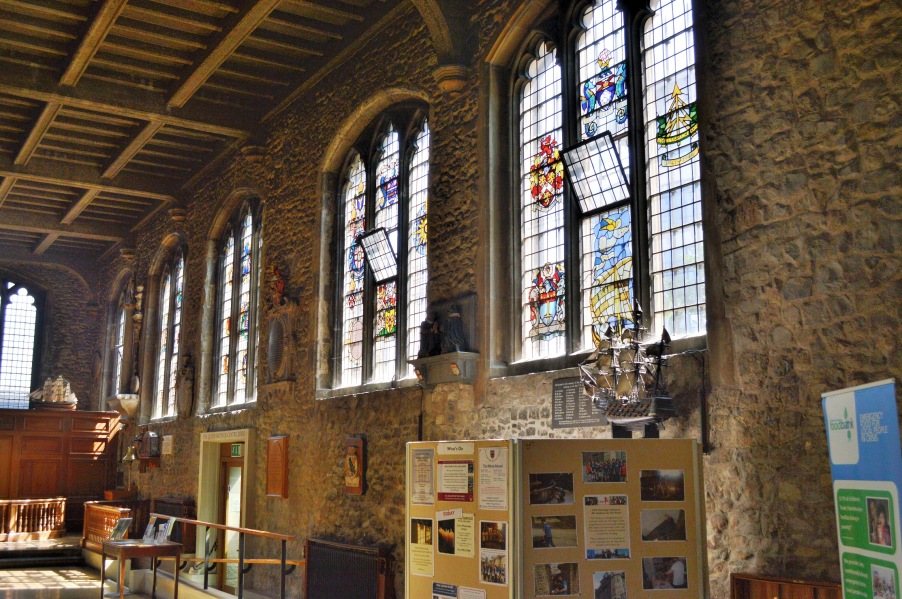 All Hallows is a working church and engages in such enterprises as a food bank. 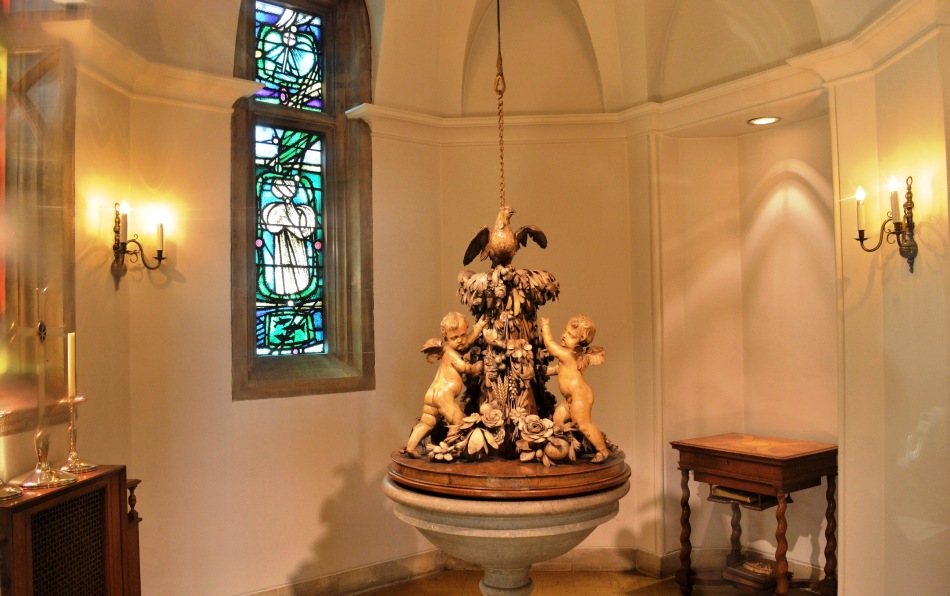 Baptismal Font Cover by Grinling Gibbons in 1682 for £12 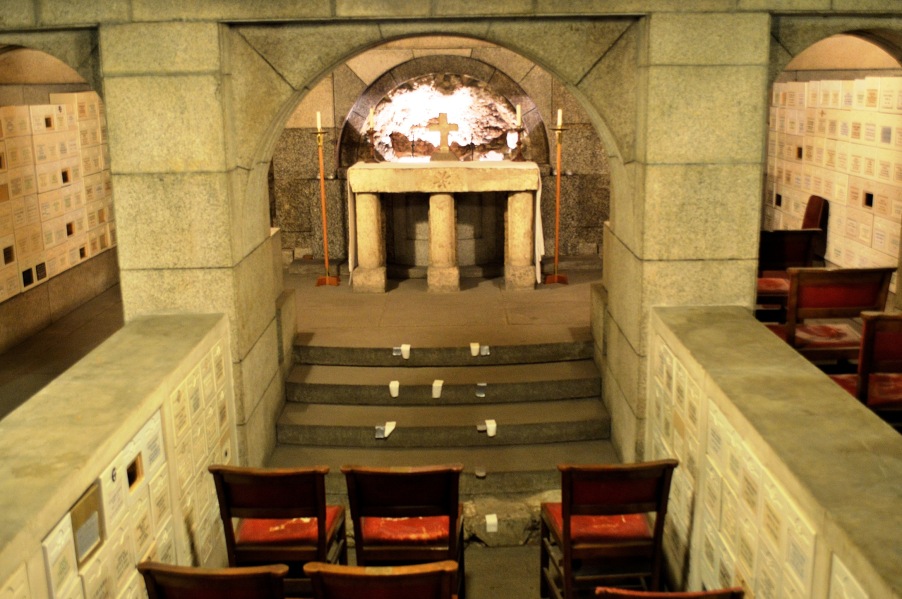 Part of the church was destroyed during WWII but there is a spiral staircase that leads down to the oldest part of the church, including a small museum with Saxon arches. At the end of the aisle is this alter with the rock face beyond. 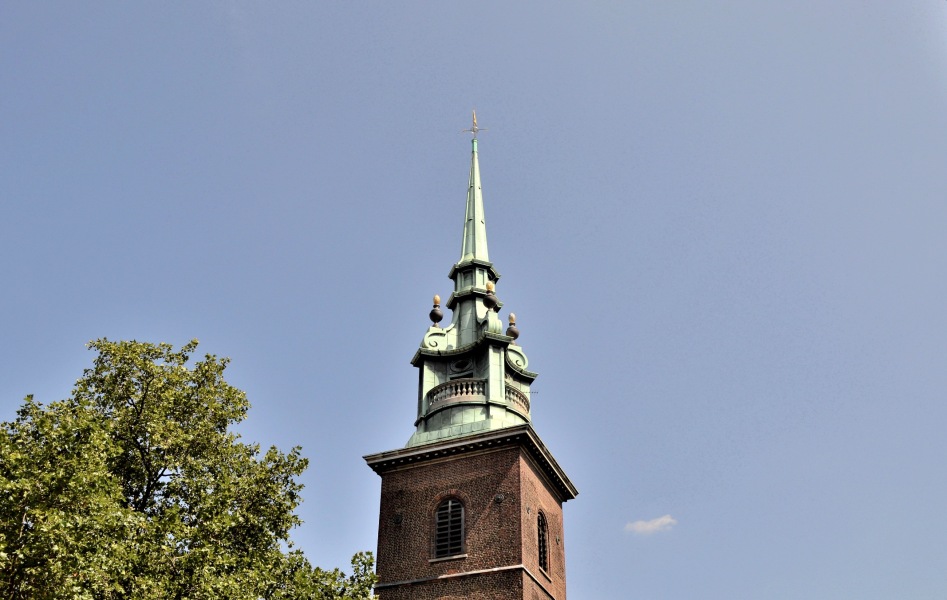 The church is easy enough to find, being a little to the west of the Tower of London and its green spire easily visible at a distance when emerging from Tower Hill underground rail station.

This entry was posted on March 4, 2016 by Graham in Hats. It was filed under Art, Central London, History, Photography, places to photograph in london, Places to Visit, Travel, uk and was tagged with architecture, church, crypt, saxon, Toc H, Tubby Clayton.